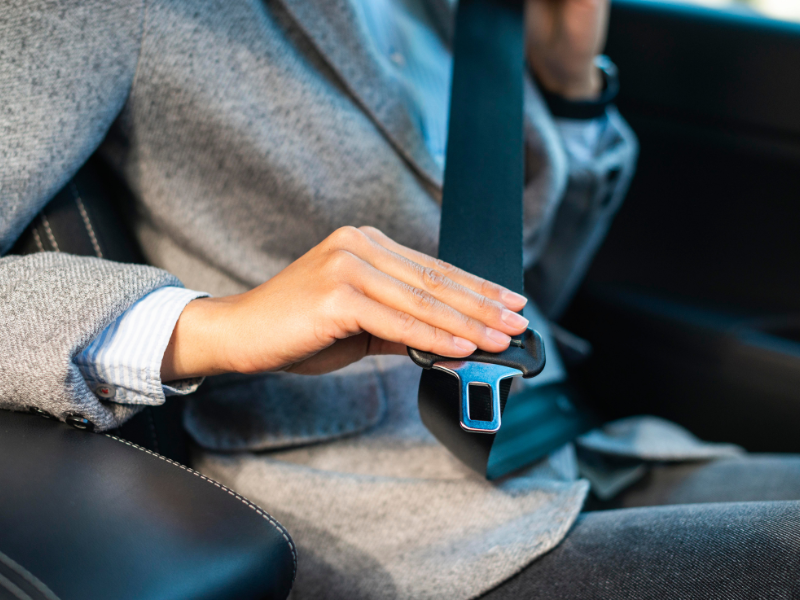 Seat belts are fundamental safety elements of each vehicle, designed to retain you in your seat and, by doing so, reduce or prevent injuries in case of an accident.

It’s also a legal requirement for drivers and passengers to wear seat belts.

What does the law say?

You must wear a seat belt, however, there are a few exemptions which you can find bellow. If you don’t wear a seat belt while you’re driving, you can be fined up to £500. Also, only 1 person is allowed in each seat fitted with a seat belt.

In a few occasions, you’re not required by law to wear a seat belt.

You don’t need to wear a seat belt if you’re:

You might also be exempt due to a medical reason. If your doctor says you don’t have to wear a seat belt, you will receive a ‘Certificate of Exemption from Compulsory Seat Belt Wearing’. You’ll need to keep this in your vehicle and show it to the police if you’re stopped.

If you’re pregnant, you’re still required to wear a seat belt unless your doctor says otherwise. The same rule applies if you’re disabled.

It is important to inform your vehicle insurer if you’re exempt from wearing a seat belt.

If you’re vehicle doesn’t have seat belts, for example it’s a classic car and was originally made without seat belts, you are not allowed to carry any children under 3 years old in it. Children over 3 are only allowed to sit in the back seats.

If you carry a child under 14 who isn’t in the correct car seat or wearing a seat belt while you’re driving, you can be fined up to £500.

You must make sure that any children in the vehicle you’re driving are:

According to the Highway Code Rule 57, you should make sure that dogs or other animals are suitably restrained while you’re driving in order to avoid distractions and keep yourself, other road users and your pet safe.

You must wear a seat belt if there’s one available when travelling on a minibus, bus or coach. Read the UK Government guidance for more detailed information.